It was a long time ago – they call it the Sunwipe. Some say the sun did something, wrecked the sky. Some say it was a bomb, blew up the very idea of civilisation. Whatever it was, that was then, and this is now.

And wedged between them both – between the technology of yesterday and abandoning everything, there’s us. The gangs, in the abandoned, overgrown remains of ‘malls’ and ‘suburbs.’ 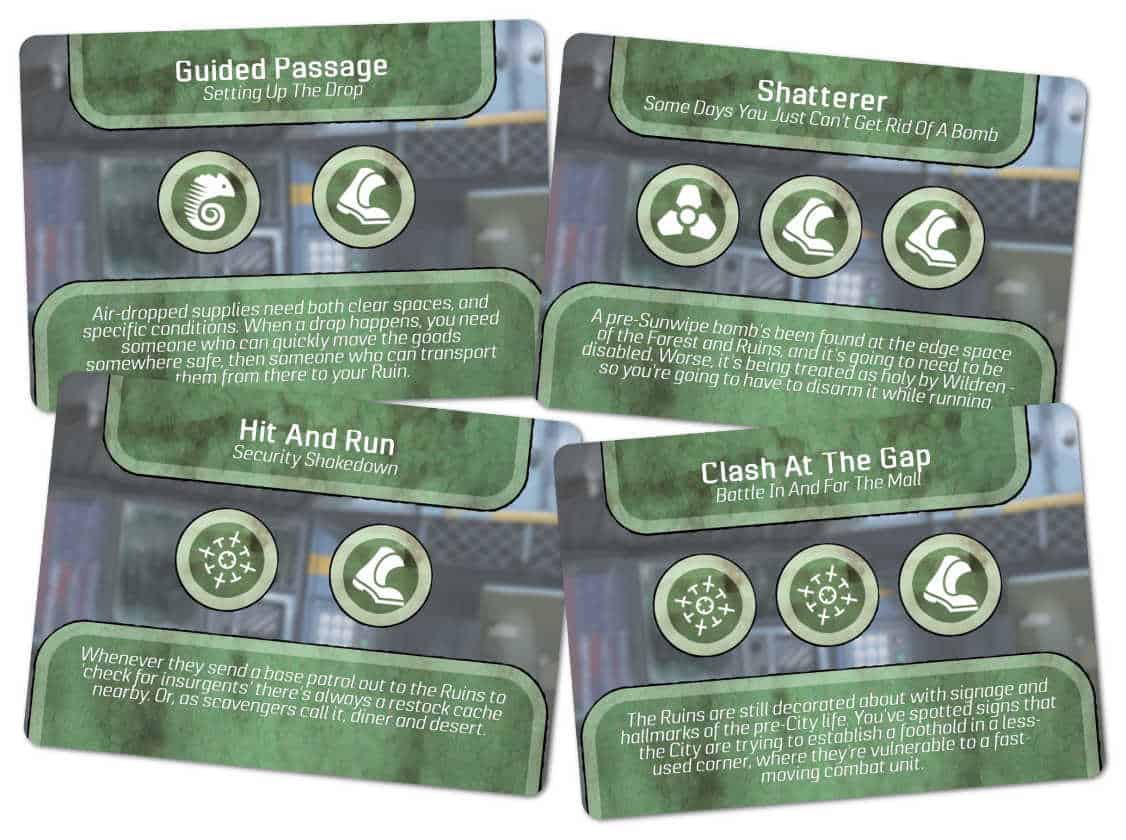 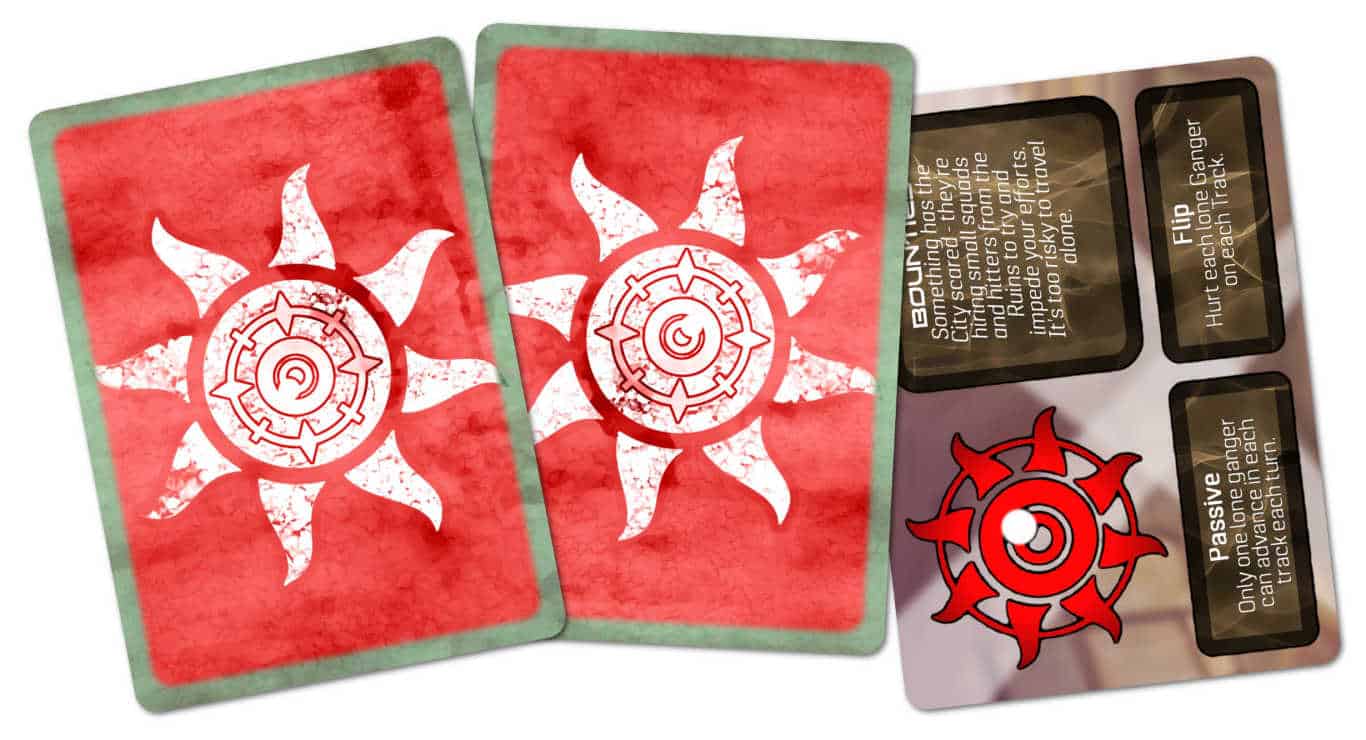 Burning Daylight requires players who can read the rules on the cards in their hand. Players will need to be able to track their cards from turn to turn. While mission cards have a lot of text on them, none of it is essential to play the game – you just need to be able to see the symbols for each mission. However, the rules for your gang can be pretty complicated and you’ll get the best out of the game if you can keep straight how they work.

Be the first to review “Burning Daylight” Cancel reply