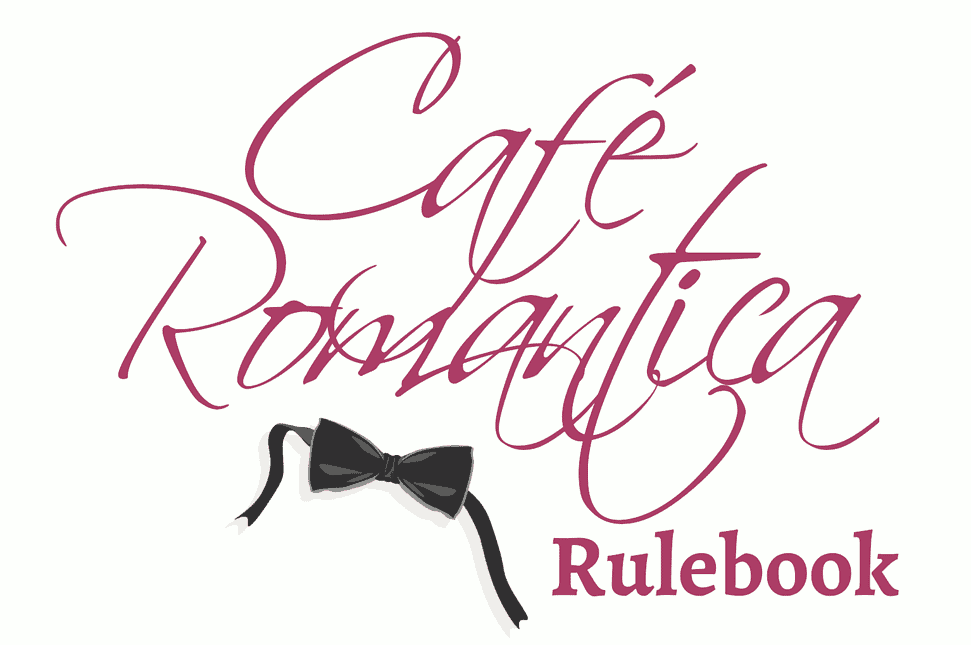 Along with up to three friends, you’ll build your very own café club, staffed by the most charming boys in school. Recruit a winning mix of personalities, increase your club’s popularity and fulfill your personal goals to emerge victorious!

To play Café Romantica, each player will need at least one six-sided die (a ‘d6’), and a clear space to lay out cards representing their club. The central deck needs to be easy for everybody to reach, players should be able to examine any player’s cards when necessary.

As always: remember to respect the players and their needs.

Your Café Romantica tuck box should contain the following 118 cards:

In addition to the cards, you’ll also need some six-sided dice—one for each player, and a couple of extras for special circumstances. (The game won’t actually play better if they are pastel colours, but we recommend that anyway.)

As a club manager, you’re aiming to be the first player who successfully completes all her agendas. You’ll do this with effort, heart, popularity and maybe even a bit of money, all represented by the game’s universal currency of ♥.

Separate the Host and Focus cards from the other card types. These cards are the deck you’ll play with during the game. Shuffle the deck and place it in easy reach of all the players.

Before play starts, each player chooses a Manager card to represent herself. Every manager has a unique ability, so choose carefully!

Then, each player picks three Agenda cards. These are the goals you will need to complete in order to win the game. They will also give you special benefits, but only once they are completed.

(If players can’t agree on who should get a certain manager or agenda, try rolling dice to see who gets to choose first.)

Once chosen, place your agendas face-down in your play space, so the benefit is concealed and the cost is displayed.

Next, each player takes one Recruitment Flyer to act as a starting card. If there are extra recruitment flyers, set them aside.

Finally, place the turn order cards near the deck. If you have fewer than four players, set aside any unnecessary turn order numbers.

To begin the game, deal two rows of four cards from the top of the deck, for a total of eight cards. This area is the field.

In this game, all the players take their turn at the same time.

Each turn, roll your die. If the result matches a die face indicated on one of your cards, that card shines this turn. When a card of yours shines, it earns you the number of ♥ shown at the bottom of the card.

Check which of your cards shine this turn, and add up your total ♥. Many cards also have special rules that also affect your earnings.

You will use ♥ to build your club and complete goals, but first you must determine which player gets to spend them first. This is done by bidding ♥ for the various turn order cards, as follows:

Players complete the rest of the turn in order of their turn order cards. Each player may choose to recruit a new host, fave a host in her club, or complete an agenda.

When the turn order reaches you, you may recruit a host from the field by paying the amount of ♥ shown in the top-right corner of the card. This host is now in your club, and is moved into your play area.

You can buy focus cards from the field in the same way, but you can only buy OR recruit one card per turn.

If you recruit a second “copy” of a boy who is already in your club, you don’t get a new club member. Instead, you improve your bond with that boy.

Place the new card underneath the existing host, so only the ♥ at the bottom of the card are visible. From now on, when that host shines, he will earn ♥ equal to the combined total shown.

The number of copies in the stack is the strength of your bond.

Instead of recruiting on your turn, you may choose to fave a host in your club. To fave a host, tell everybody he is now your favourite, and pay his recruit cost in ♥. As long as a host is your favourite, you pay ♥ less to increase your bond with him (to a minimum of 1).

Instead of recruiting or faving, you may use your turn to complete one of your agendas. To complete an agenda, you must pay the ♥ cost specified on the card. Then, you flip the agenda card over. As long as the agenda is flipped, you gain the benefit described on the card.

If you complete all three of your agendas, you win the game!

Once everybody has had their chance to recruit, fave or flip, the turn ends. At the end of each turn:

Then, proceed to the next turn.

You win the game if you begin your turn with three completed agendas. If more than one player has all three agendas completed on the same turn, they all win!