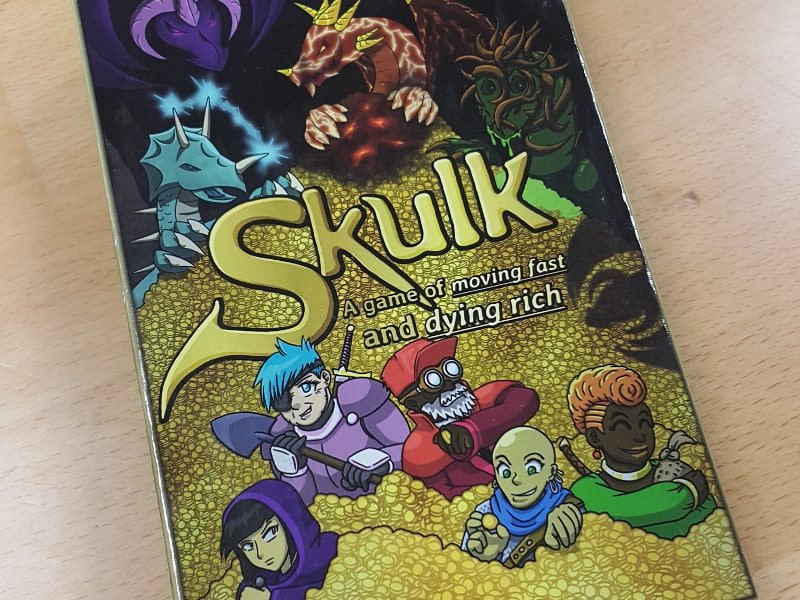 Hey friends! It’s September, and that means we here at Invincible Ink have a bunch of new games for you to check out! In fact, we’ve been so creative and prolific these few months that we’re doing three totally different types of release! Let’s run down them real quick!

Holy and Knuckles! We have an actual board game! Skulk is our first box board game, where you’ll be playing a thief in a Dragon’s horde! Skulk is a hand management game where each player has cards in hand that determine what you can do and in what order. Move later, do more, but if you move last, you don’t get to control the dragon that’s in the den with you! 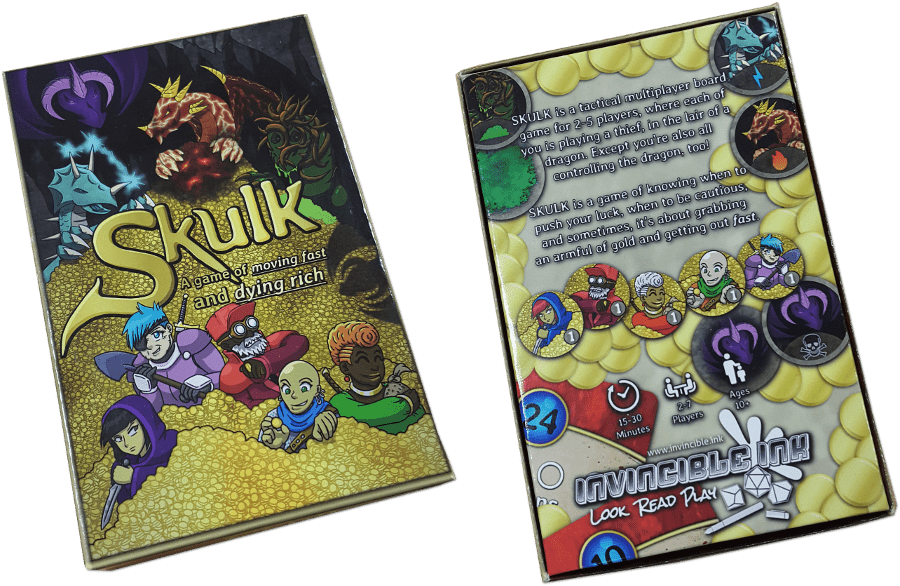 You can get Skulk at The Gamecrafter.

Now, at the moment we are not planning on stocking Skulk locally. We’ll have to see how it goes and how it performs at conventions as a demo game, and if there’s a way to make it cost-effective, and there’s demand for it, we’ll be bringing it over. As it is, if you want a copy, you can get it at The Gamecrafter, which posts pretty quickly to Australia and quicker yet to America and Canada.

Next up we have the card game we’d been projecting for this month anyway: GOOD COP, BEAR COP! It’s a socail deduction game, where you’re all playing cops, except some of you are cops who are lazy and corrupt and easily bribed or high on gardening, and some of you are cops who are bears. But bears aren’t allowed to be cops, so the game orients around bears trying to identify cops’ corruption while solving crimes, while the cops just care about advancing their own corrupt schemes!

We’ll be getting Good Cop, Bear Cop in time, in stock to sell at conventions, but it might not arrive this month.

But Talen, you may say, I have a limited game budget, and you talk about how you want to make games for everyone! In fact, if I’m one of those people in Venezeula struggling with ridiculous import tariffs making board games extremely hard to get and play, it’s really desireable to have some entirely-digital games to play?

Well, friend, I have now, for you, Pushpins, a game of making extremely silly conspiracies!

Pushpins is available on DriveThruCards if you want a printed-card version, and if you want you can use that interface to send us a little cash for it, but also, you can just download a copy and print it out for yourself! You’ll need some string and pins – or maybe some whiteboard markers and magnets

Why are you doing this?

Well, there’s a bigger article about the one game a month plan and why I’m doing it, and also what it’s done for me and what results it’s had. But that’s for later. The important thing is, we’re releasing these games this week because we have too many great games and we want to clear the decks a little!