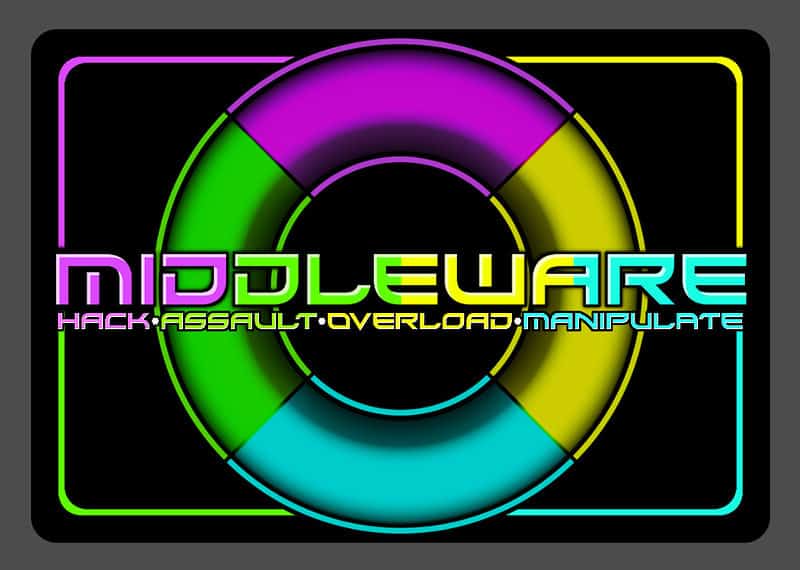 There’s not really a night any more, just like there’s not really a day. There’s just a now, and the endless cycling of machines that tell us when to meet with who and where. We are the people existing here, under the overlapping influence of two great powers, stranded between the Corporations.

Middleware is a cooperative cyberpunk deck-building game where you and your friends are trying to hack, assault, overload and manipulate your way into the monstrous servers of two overlapping corporate supercomputers, and seize control of your own existence. Fail, and you risk being trapped in the system forever.

Already bought Middleware? Download the latest revision of the Middleware rulebook. You can also follow  us to receive notifications of rules updates!

Be the first to review “Middleware” Cancel reply