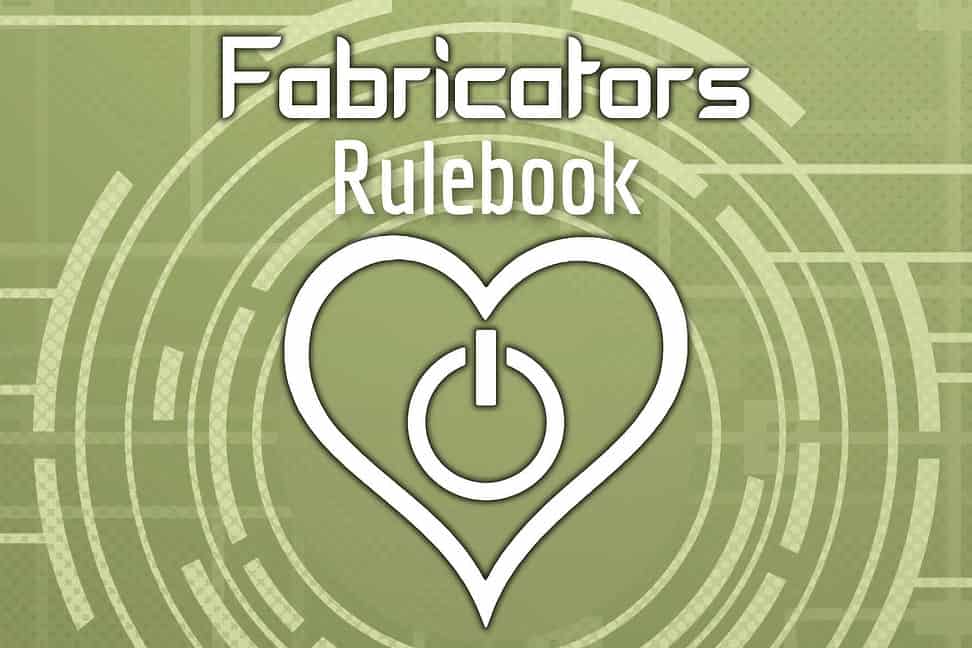 The future is not a place of trading and deals. It’s not a place of cutthroat impossibility and hyper-inflated corporate power. It was a fanciful idea, espoused by people who loved money more than people, that the future would be a place of unbound markets. It was by setting aside our cruelties, restructuring our economies, and dismantling the machinery of oppression that we finally took to space, took the stars, and began a new human era of peace and love.

In this age, most people don’t work, because they don’t have to. Automation has taken away the demand for labour, which in turn has made labour a choice, not a demand. It’s in that place that people turn to questions of industry or engineering because they find them personally satisfying; they work, as it were, for fun.

You are one of the volunteers for this most recent Fabrication sector. Each of you has selected this task to try and help build a maximally efficient production area on this new planetary colony. Your design will be tested for its efficiency, and, if it proves effective, that design will be adapted for use in larger productions.

You will 3d-print plants, recreation areas, cordon off areas of nature for protection, help distribute material and labour optimally, and care for yourselves and for the people who choose to work in your region.

Fabricators is a game where you’ll need to be able to hold the cards, read them, keep your hand of cards hidden, and, if the game goes long, shuffle a deck of cards a few times.

Each player needs a small space in front of them where they can place their Fabricated buildings that are clearly separate from others’, and easy access to the decks of cards.

In your copy of Fabricators, you should have the following:

Each card in the Production Deck shows a schematic of a potential building for Fabrication. Here’s a run-down of what those schematics are saying:

In Fabricators, turn follows an order around the group; one player starts, then the next player acts, but each player’s actions influence the other players; if one player Fabricates, everyone will Fabricate.

Bear this in mind and plan accordingly.

Separate out the cards into the set of Action Cards, a deck of the Demand cards, and the Production deck. Pick a first player by whatever method you like (you can randomly assign Action cards and let the player with the lowest number go first, for example), and give them the Sequence card.

Starting with the player with the Sequence card, each player picks an Action card. Then, when everyone has chosen, the actions executed in the order listed on the Action card. Each action card describes what you do, and each other player, and in what order:

You Fabricate a building by taking the card out of your hand, setting it in your play area, then paying that card’s cost by discarding that many cards from your hand.

You can’t Fabricate anything you can’t pay for. You can only Fabricate one copy of each different Building, except for Production Plants. You can’t fabricate more than Twelve buildings in total.

To Produce, you take a card from the top of the Production Deck, and place it face-down underneath the Production Plant building that produces it. This is then a Stored resource in that building.

You can’t Produce endlessly! Each Production Plant can only have a maximum of seven cards stored.

This is how you deliver stored raw materials to central control, in exchange for processed printable resources that you can use for Fabrication and other purposes—ie, more cards.

When you exchange cards, turn the top card of the Demand deck faceup. Then, take all the cards stored at one of your buildings, put them face-up in the discard pile, and then draw an appropriate number of cards off the Production Deck based on the exchange rate shown on the face-up Demand card.

When you want to upload a material, it has to be already stored in the building that produced it. If you want to know what kind of material is

stored in a card, you need to look at what that building produces—it’ll
say so on the text.

Whenever a player picks the Upload card, unless they have a building that lets them do otherwise, everyone uses the same Demand card’s values.

Remember that you have a maximum hand size, at the end of turn, of seven. So, you may want to save larger windfalls for particular ends.

Every manager sometimes needs to get more options. Download lets you draw more cards from the Production Deck.

Whenever the Production Deck doesn’t have any more cards in it, just shuffle the Discard pile into it, and keep drawing.

If there’s no card in the Discard pile, this action doesn’t do anything.

Once all the actions have been performed, the turn ends; players discard cards from their hand down to their maximum hand size (normally seven), return all the Action cards to the centre, Cycle the Demand deck, and the player with the Sequence card hands it to the next player.

Running Out Of Cards

Whenever the Production Deck runs out of cards, shuffle the discard pile into it. If there are no cards left that can be shuffled into the discard pile—such as there are a huge number of cards stored—nobody can draw any cards.

If this persists for more than one turn, there’s been a Sector Arrest, and the system has collapsed in this sector. The administration locks the area down, comes to check on what’s happened, and considers this competitive experiment a failure. Sectors’ efficiencies are checked to see who might have had the most successful sector, but in these situations, nobody’s a winner, not really.

The goal of Fabricators is to make an efficient manufacturing sector that’s capable of supporting itself sustainably, and generating a surplus that can be used to develop and feed other communities. This is done by measuring efficiency.

When one player fabricates their twelfth building, the sector has reached assessment. Finish the current turn, then each player sets down their hands and checks the efficiency of their operation. The player with the highest efficiency has made the operation that’ll be used as the template for the rest of the sector, and they are the winner of this game.

Made With: GIMP, Scribus, Microsoft Word, and a two decks of cheap playing cards I drew on with pen

To Æryn, for logical space reasoning
Kat, for being righteously angry about colonialism
Dani, for being enthusiastic about this game
Fiora, for getting me thinking about 3d Printing
Bax, Rory, and Golbutt for the Commulism
Fox and Elli for helping with the Fail State problem