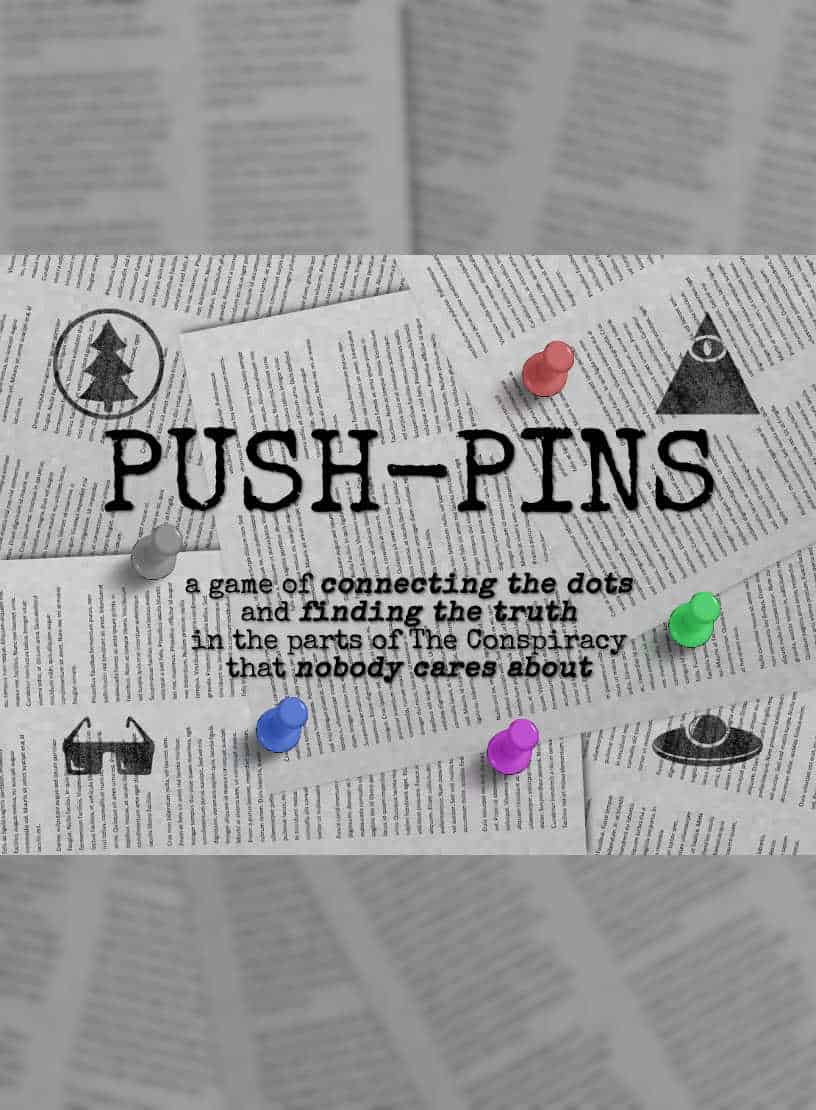 People talk about a global conspiracy, about the powers that own the world, but they don’t seem to grasp just how big the world is. How remote parts of the world are. And this isn’t just like, people living in the mountains. We’re talking about places like, Idaho. And Nebraska. There’s a lot of nothing going on over there, and do you think the conspiracies that run the world care about it?

Well, you know they do.

Because taking care of these boring places is your job.

You are one of the nobody drones of an embarrassing conspiracy, taking care of the nonsense they don’t care about, and you do it in part by hanging out with this conspiracy theory group, seeing what they already believe about your particular plans.

Pushpins is a short game about global conspiracies, and how they fill in time in the most boring and least important parts of the world. Players each play representatives of conspiracies, trying to connect the dots, discredit their own positions and Represent CIA Interns, Local TV Illuminati, The Sasquatch Empire, or extremely Bored Aliens!

A copy of Push-pins includes 50 cards, 2 of which are facing cards.

Push-Pins needs a space players can play, which can be a whiteboard or corkboard. Players don’t need to shuffle, or even play at the same time as one another. Games can take place over a day in an office, for example, or play out quickly in one spot.