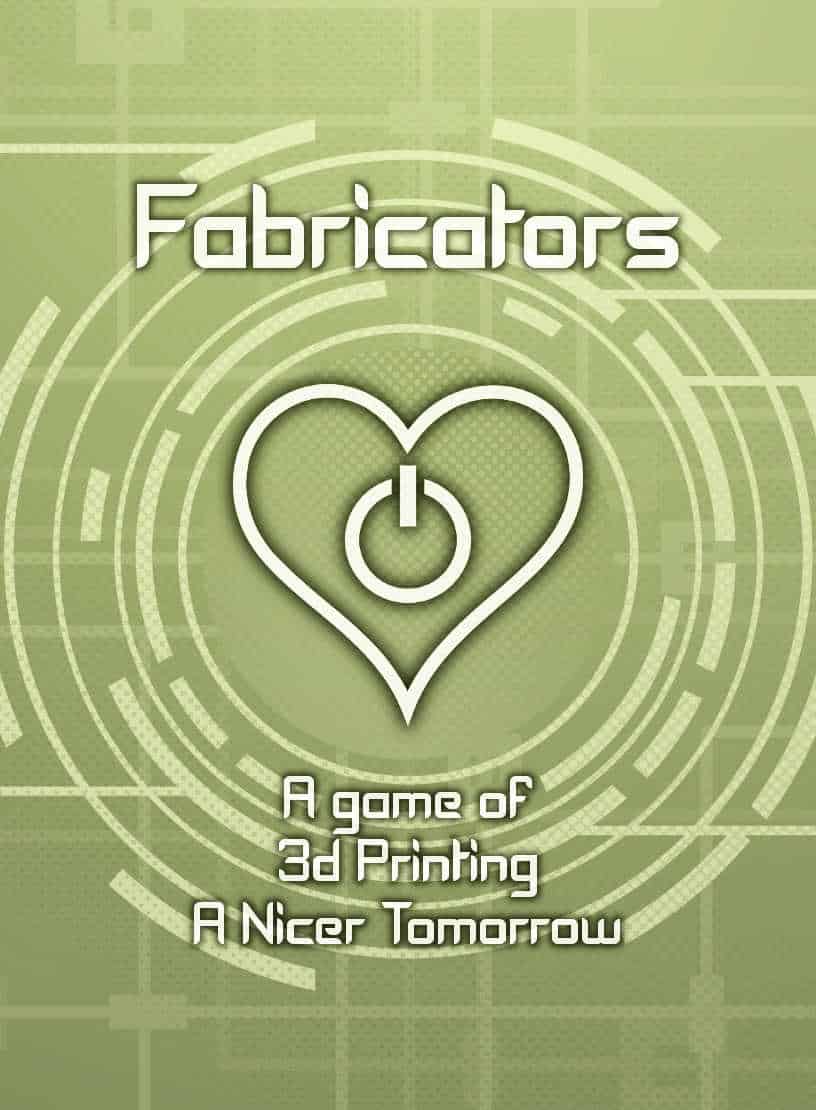 Mankind will not be redeemed by our competition, but by our collaboration. It will come slowly, but it will come in time, as we turn our efforts to creating a world where we can all succeed, a little together at a time.

In Fabricators, you are one of those architects of a better future; working to create efficient manufacturing segments, 3d-printing factories and power plants, allocating resources as you try to make life for your workers worth living, and respect their labour.

Fabricators is a player-versus player low-confrontation card game for up to five players where players manage a small economic engine to try and develop an optimally efficient 3d-printed manufacturing sector in a utopian future. It plays in roughly forty-five minutes, and uses Action Selection and a card economy for players to build with.

Fabricators comes with a deck of 104 Production cards, 5 Action cards, and 8 upload cards. Players don’t need any additional pieces or counters to play the game, but do need a physical space to put down cards.

Fabricators requires some shuffling of a large deck of cards, though not often; there is one common deck of cards. Players will need to be able to read cards and do a little bit of math (adding and subtracting). 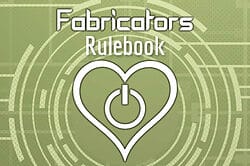