My Bad – Murder’s Most Fowl Rule 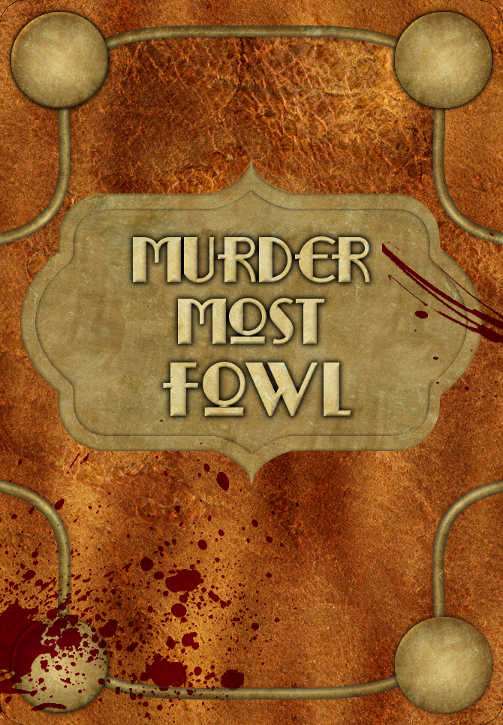 Hey, have you played Murder Most Fowl? Have you read the rulebook?

Yeah, I’m sorry about that.

Now this is just a simple game update: The rules for Murder Most Fowl have been updated in preparation for its second edition, bigger printing, which adds more cards, cleans up the visual template, makes the game a bit longer for larger groups and adds the funny birds I really wanted to include the first time. Thing is, this isn’t just a little wording tightening, this is making a chunk of rules that looks like nonsense actually make some sense.

Now I would normally let this rules update slink out there, apologetic and shamed that I’d been so foolish as to not double check my wordings as a game came out the door in December, of all times, but quietly confident that I’d only really be impacting a small number of people who’d bought the game already. That is to say, I’d get away with it because you’re all very nice people.

Instead, I want to take this opportunity to fess up, and show you that making rules and making games is tricky, and sometimes you’ll get confused and make mistakes, and those mistakes will linger if you don’t go back and double check them. Back when the rules for Murder Most Fowl started, I wanted it to be a little more about hidden information – the cards in players’ hands were going to relate to their final score, the cards you placed last when everyone ran out of cards. Or maybe something else, because I wasn’t actually sure at how it worked out, because that version of the game was a year ago. Still, that idea – that you might have a score, that you might not played into the idea of the murder card – it was a way to hit someone who was really ahead of the others, but it was possible to play cagily and keep that information hidden. Murder was a gamble.

Then things changed and the game was much more about making your path, and the twist of murder victims having ‘evidence’ on them came into the game. It was a good system, it worked, and it meant there was always tension about murdering someone who might have been expecting it. I liked it, a lot. I was super happy with it.

I never really went back and revised those rules, though?

Here’s the easy lesson for you: Check your rulebooks, double check how you teach people, and triple check the latter against the former. If you have a hard time teaching someone a rule that’s in the book, it might be the rule in the book needs to change.